What I think we do at the Centre for Public Impact

This article was published on the Centre for Public Impact’s Medium page (30 January 2020).

This is my last week at the Centre for Public Impact after five wonderful years. I feel privileged to have been part of an organisation with such an ambitious purpose.

Part of the challenge of being in an organisation with a remit as broad as “shaping a new future for government” is that it can be difficult to wrap your head around what exactly you’re doing and why.

As I’ve been reflecting over the past couple of weeks on my time here I came across a post on Medium by Cassie Robinson which introduced me to the Berkana Institute’s Two Loop model.

The model resonated with me because it encapsulates what our work at CPI is about when we are at our best and why it all matters. 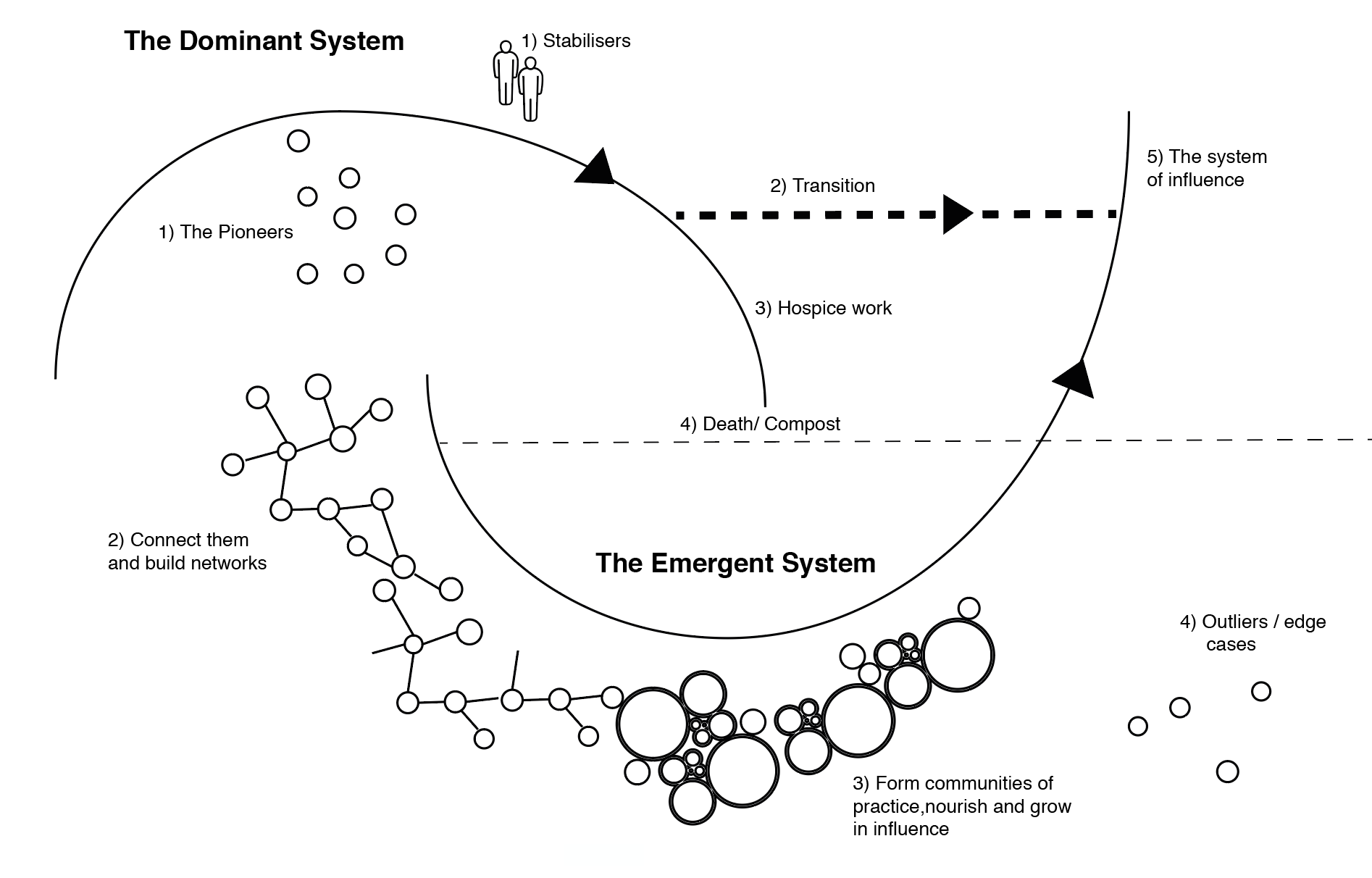 In Cassie’s words, the model

In order to bring the Emergent System into the world, it is important that it is

named and that the pioneers, the people and organisations building alternatives are connected together (2), and the work they are doing, illuminated.

Thinking of the world we move in and of our work in the way of this model clarified a lot for me.

We are indeed working — together with and alongside an entire community of changemakers, thinkers, and practitioners — towards bringing a new paradigm into being.

Our “Manifesto for Better Government” is an explicit attempt to name this emergent system. Much of our work is equally about connecting people and organisations who are building alternatives to the current model of public administration. And, finally, many of the articles we publish on our website serve to illuminate the work of those pioneers.

The Two Loop Model doesn’t tell us what to do or how to do it but it provides a useful way of thinking about the quest that we’re on. It clarifies the choices we face and the decisions we need to make in order to be effective.

CPI might play a role as one of the “midwives” who do the naming, connecting, and illuminating — alongside and in partnership with many of the other excellent individuals and organisations who are working towards the same goal. At the same time, CPI might also have a role on the “hospice” side of things, helping the Dominant System die with grace and compassion.

While I won’t be part of CPI anymore I’ll remain firmly in the community of people and organisations who are working towards a new paradigm in government. After a two-month sabbatical I’ll be joining staatslabor in Switzerland, a government reform lab I co-founded three years ago.

I can’t wait to get started there and to continue working on this emerging paradigm for government which we at CPI — and many others — have begun to articulate and are working towards.