This essay was originally published on the Centre for Public Impact’s Medium page (23 August 2019).

“Most people imagine that the present style of management has always existed, and is a fixture. Actually, it is a modern invention — a prison created by the way in which people interact.” W. Edwards Deming

We need paradigms to understand the world around us. There is no such thing as “simply seeing what’s in front of us” or “just using common sense”. We always require some frame through which to interpret what is going on.

One such paradigm —which exerts much influence in business just as in public administration — is managerialism, the belief that all kinds of problems, irrespective of their context, can be solved by applying control, hierarchy, evidence, and “best practice”.

While the problems with managerialism have been apparent for a long time, it still exerts a strong influence on our imagination, including in the public sector. Unfortunately, managerialism is, however, not well adapted to many of the challenges public administrations face.

To understand why that’s the case it’s important to understand the historical context from which this paradigm emerged.

The origins of managerialism

Let’s go back to the England of Queen Victoria. Before Frederick Winslow Taylor introduced the idea of “scientific management” in the late 19th century, every artisan would have their own way of, say, weaving a piece of cloth.

Taylor broke up any activity into its constituent parts, figured out The One Best Wayfor each and did away with all that variation. Once the ideal, e.g. most time-saving way of picking up a hammer had been found, Taylor made sure no worker deviated from it.

Taylor’s method of so-called “scientific management” allowed firms to literally do more with less. Around the year 1900, the time required to produce a cannon projectile dropped from ten hours to a mere ninety minutes.

Today, this way of optimizing production seems so obvious that it’s hard to imagine a world in which we would organize things differently. But to the artisans of the late 19th century, the introduction of these “best practices” felt anything but obvious. Workers who thought of themselves as skilled individuals felt offended by the fact that they were reduced to being human cogs in an optimized machine. 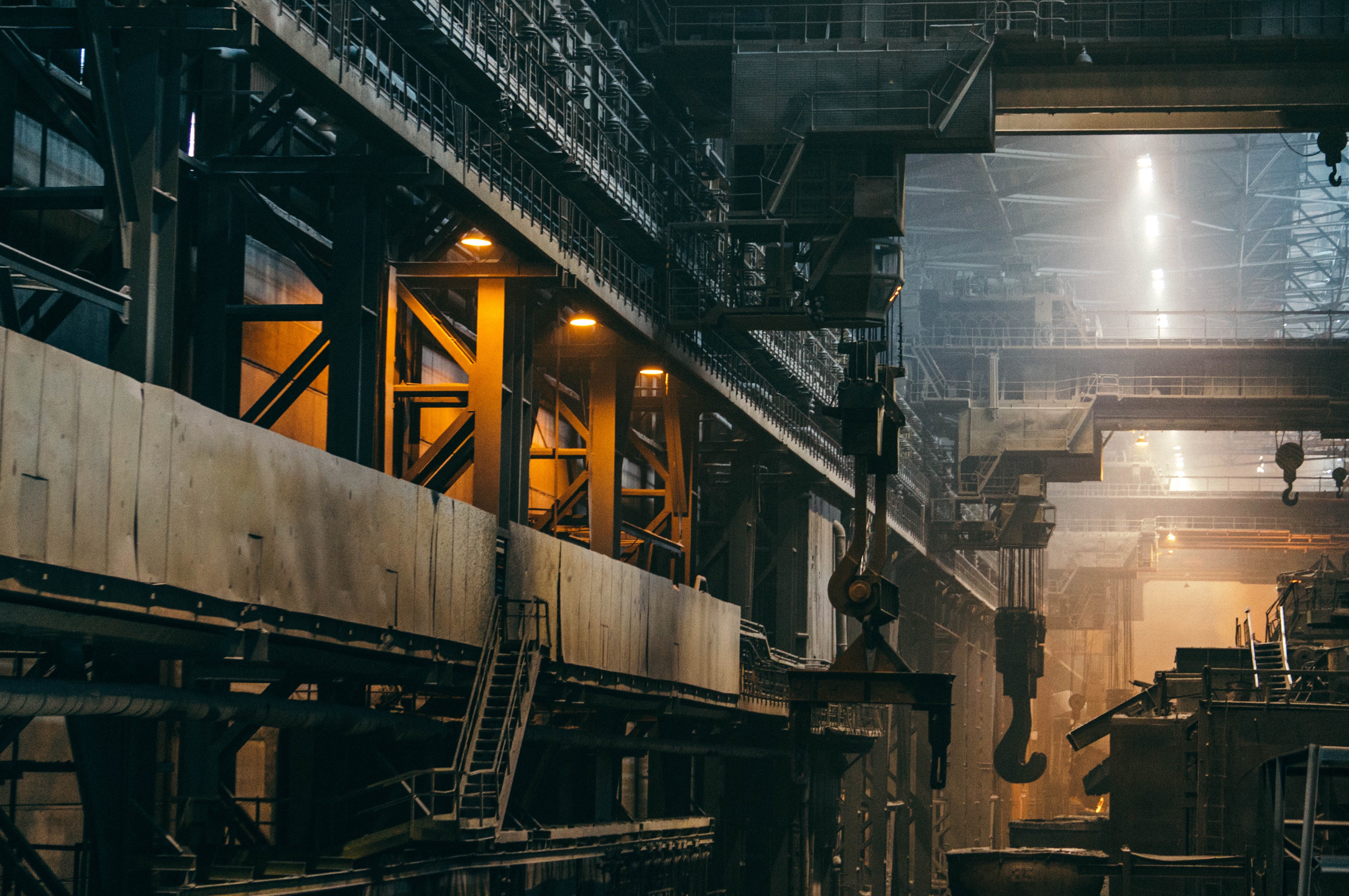 Optimize this! (photo by Ant Rozetsky on Unsplash)

Taylor’s peers, on the other hand, were deeply impressed. Henri Le Châtelier, a chemist, praised Taylor’s method as “a model which every young engineer will have to study”. Many took this advice and studied Taylor’s ideas and those of his contemporaries — like Henry L. Gantt, of Gantt chart fame — and collectively built the modern discipline of management.

Management thinking has, of course, evolved a great deal since the early 20th century. But in many ways, Taylor’s insights are still as influential and useful as ever. Amazon’s close monitoring of its fulfillment center workers using wristbands or the way in which UPS instructs its drivers in which shirt pocket to put their pens (“right-handed people should use the left pocket, and vice versa”) is indistinguishable from how Taylor optimized steel plants.

Taylor’s fundamental insight was that people we would come to call “managers” could deconstruct activities into their constituent parts (e.g. how a delivery driver pulls out his pen to get a receipt signed) and would identify The One Best Way to do it. 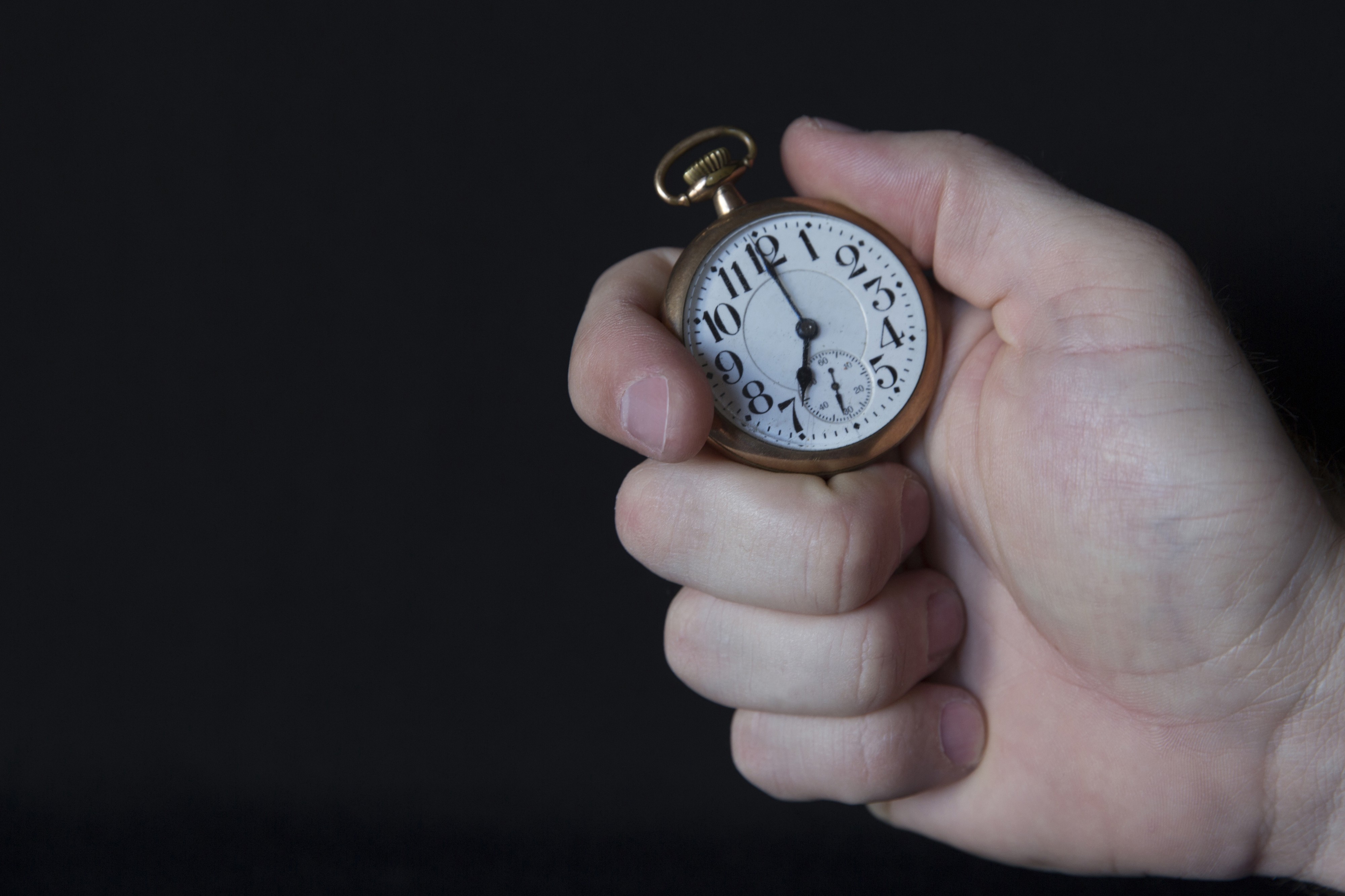 This method of optimising work excels, but only under a rather specific set of circumstances. It works when we have clear objectives, when those objectives are measurable, when we understand what drives performance, when things work in linear and deterministic ways and, finally, when none of these things change.

A different way of saying it is that Taylor’s practices work in situations that are complicated but not complex. But what does that mean?

Interlude: what is the difference between “complicated” and “complex”?

Something that’s complex isn’t just something that’s very complicated. The two concepts are entirely distinct. Here’s a simple yet accurate analogy which I owe to Mark Foden (once you’re done reading you should click through and listen to his podcast):

⏰Complicated things are like clocks. You can take one apart, study the many pieces, understand how they interlock and from that learn how a clock works. Clocks operate in predetermined ways. 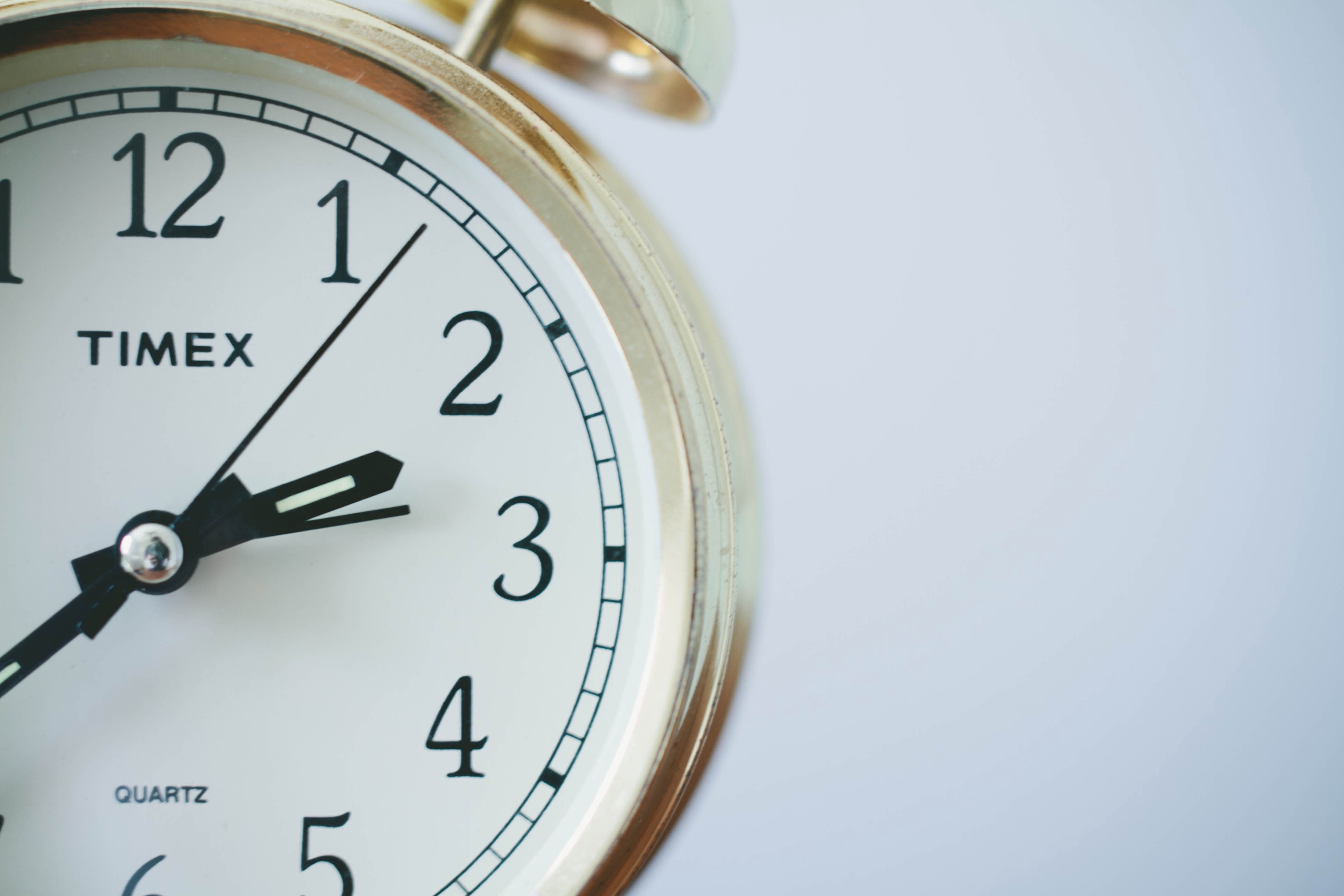 🐈 Complex things are like cats. They don’t work in predetermined ways and opening up a cat will get you only a limited (and gory) insight into why it behaves the way it does. Cats are organisms and their behaviour emerges from interactions between what’s happening inside a cat as well as between that and a cat’s environment.

Or, in the words of Nassim Nicholas Taleb, “the main idea behind complex systems is that the ensemble behaves in way not predicted by the components. The interactions matter more than the nature of the units.” 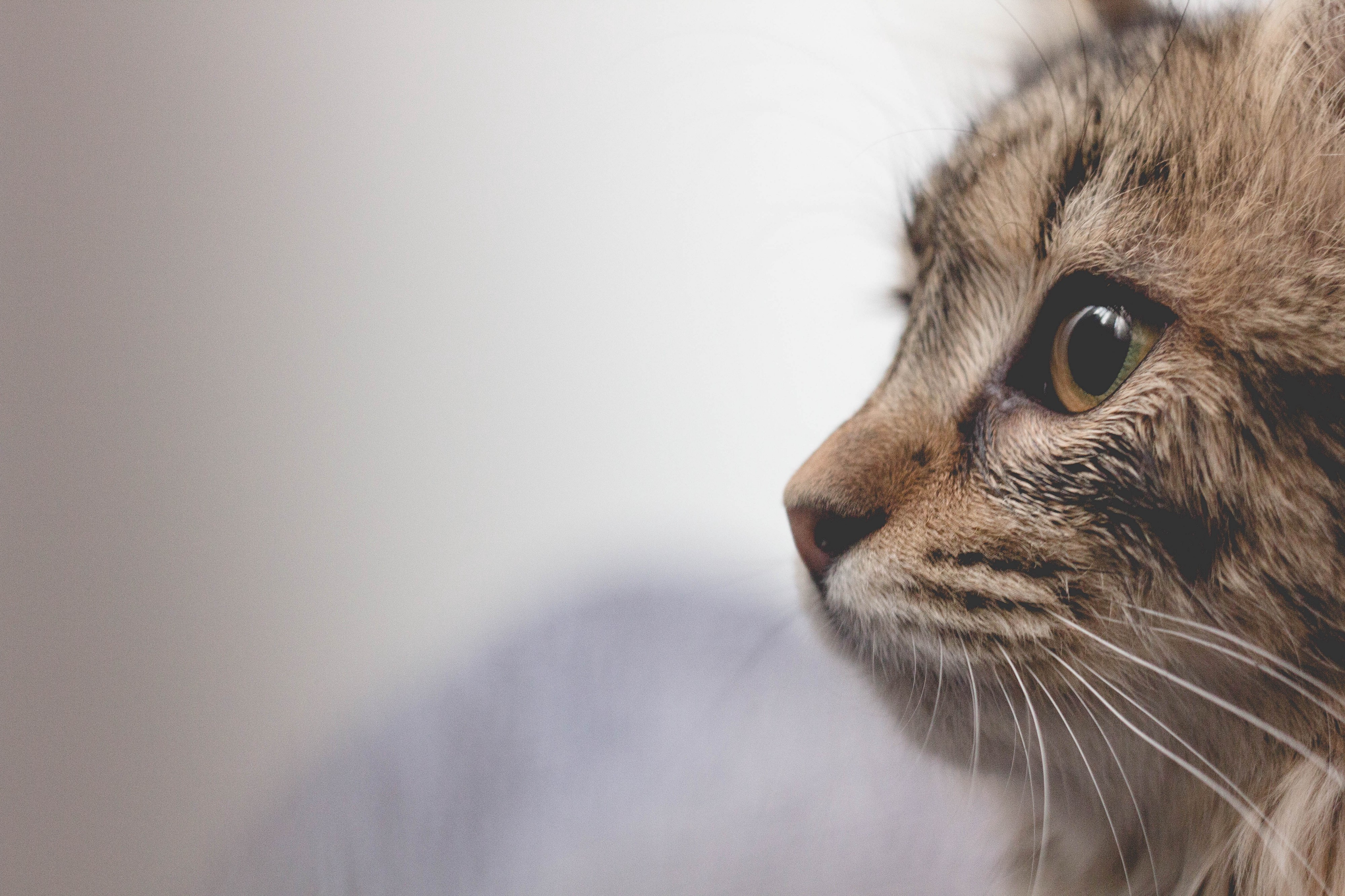 Any social benefits system, for example, has aspects of both “clock” and “cat”. The transactional parts that deal with moving money from government to beneficiaries are complicated, i.e. clock-like. The aspects of the system that aim to change beneficiaries’ behaviour are complex, i.e. cat-like.

Much of what public administrations deal with is complex, not complicated

There are many bits of government that are predominantly transactional, relatively unchanging and complicated. These are activities that may have easily measurable outcomes with clearly understood mechanisms behind them.

Printing passports --- complicated but, for the most part, not complex (Photo by Kelly Sikkema on Unsplash)

There is, however, a wide and important range of things governments do that are predominantly complex.

Think, for example, of education or healthcare. How a child learns or how patients maintain or regain their health isn’t a process that can be understood by closely looking at its different parts in isolation.

These outcomes can’t be “managed” or “produced” in any meaningful sense of the word. Instead, it is better to think of them as emergent properties of complex systems.

Bringing “clock” practices to bear on “cat” problems is a bit like trying to get a flower to bloom by pulling at leaves instead of tending to the surrounding conditions the plant needs. At best it’s ineffective, at worst it’s destructive.

Emergency room physicians at a medical center in Oregon, USA recently complained about their hospital administrators refusing to admit very ill patients. What had happened? The management was under pressure to improve the hospital’s performance metrics. Those metrics are negatively impacted by people dying in the hospital. Entirely predictably the hospital started sending critically ill patients away.

There exist an enormous number of examples where public administrations attempt to solve “cat” problems with “clock” practices. The problems than then promptly ensue are sadly entirely predictable and they are the norm, not the exception.

How should we go about changing this?

“If you’re in a hole stop digging”, learn from what’s already here, and lead by example

It’s time to replace or at least complement the dominant managerial paradigm with something that’s more adapted to complexity.

No amount of tweaking and refining will make practices borne out of complicatedness fit for complexity. If you’re in a hole, you need to stop digging. A different shovel made of sophisticated materials isn’t going to help. Doing less of the wrong thing is not the same as doing the right thing. This might mean, for example, not having fewer targets but having no targets.

2) We should learn from what’s already here

It’s important to remember that none of this is fundamentally new. Elinor Ostrom won a Nobel Prize for documenting some of these mechanisms in her 1991 book “Governing the Commons”.

James C. Scott described the importance of tacit knowledge in complex situations his 1999 classic “Seeing Like a State” and Herbert Simon wrote in 1969:

“when we come to the design of systems as complex as cities, or buildings, or economies, we must give up the aim of creating systems that will optimize some hypothesized utility function”.

We should be careful not to reinvent the wheel and to learn as much as possible from the pioneers who have worked on these questions for a long time.

Paradigms don’t change easily. The old ones usually put up a fight before we all collectively shift to a new paradigm. Too much — companies, careers, reputations — is at risk for this to happen quickly. Also, when they’re strong enough we forget that they exist in the first place. Established practices become “common sense” and, as a result, are impervious to criticism.

That’s why it’s almost impossible to win a theoretical argument against the dominant paradigm. The way forward then is to proceed by practical action, to demonstrate the effectiveness of complexity-conscious ways of working, and to champion the many examples that already exist out there.

The emerging contours of a complexity-conscious paradigm for public administration

We are currently witnessing in a kind of ‘quiet revolution’ the emergence of a new, competing paradigm. It’s one that relies on shared power rather than control.

Buurtzorg, a Dutch home care organisation, for example, delivers outstanding care with no managers and no targets (see our detailed case study here). Wigan Council in the north of England implemented The Deal, a radically holistic, ethnographically based approach to public service delivery.

Movements like the Losing Control Network or OneTeamGov are working in vastly different contexts but are gaining traction with their ideas that are highly attuned to complexity.

The same themes are also resonating in the development world. Dan Honig, Professor at Johns Hopkins SAIS, used a database of over 14’000 development projects to show that “tight controls” and a “narrow focus on reaching pre-set targets” undermined the performance of foreign aid projects in complex environments. The Doing Development Differently movement has been arguing for a more complexity-informed approach for years now.

All progress happens at the periphery first and then moves, over time, into the mainstream. This will not be any different. While we don’t yet exactly know what this new paradigm will look like we can discern some emerging contours.

In our recent discussion paper on the Shared Power Principle, we describe four patterns that characterize this paradigm:

The paper contains much more detail on all of these. Much remains to be discovered and figured out but it is encouraging to see so much movement and experimentation.

One day this new, complexity-informed paradigm will no doubt seem blindingly obvious, just like the managerial paradigm of efficiency and “best practice” feels obvious right now. Until then we need to keep chipping away at the old paradigm and leading by example to bring about a new one.

Special thanks go to my colleagues Lena Kuenkel, Adrian Brown, John Burgoyne, and Bridget Nurre Jennions for their help with this post.